WTF!! YOU DISGUSTING SON OF A BITCH! WHY THE FUCK DO PEOPLE LIKE THIS SHIT? ARE PEOPLE CONDONING PEDOPHILIA? WTFFFF!!

That was my reaction when i watched Lolita, oh my god this story is so twisted!!
Lolita is a story of a man named Humbert Humbert who has a fascination with young girls, the beginning of the story talks about his relationship with a girl named Annabel, one of the things a really loved is that he used a reference to the poem Annabel lee by Edgar Allan Poe (one of my favorite author.)
despite the fact that the scenes were unbearable and deplorable, it will screw up your brain! because you can't help but to sympathize with Humbert!
i was so curious to know WHY DOES EVERYONE like this book!
so i decided to read few passages of the book and oh my god they blew my mind!!
Vladimir Nabokov is so freaking intelligent, the passages are so freaking beautiful and at the same time, they will make you cringe. you know it is a good story when it mixes up your emotions.
the main reason why i like this story is because I FELT CONFLICTED THE ENTIRE MOVIE.

“You know, what's so dreadful about dying is that you are completely on your own.” ― Vladimir Nabokov, Lolita

“There are gentle souls who would pronounce Lolita meaningless because it does not teach them anything. I am neither a reader nor a writer of didactic fiction...For me a work of fiction exists only insofar as it affords me what I shall bluntly call aesthetic bliss, that is a sense of being somehow, somewhere, connected with other states of being where art (curiosity, tenderness, kindness, ecstasy) is the norm.” ― Vladimir Nabokov, Lolita

“I need you, the reader, to imagine us, for we don't really exist if you don't.” ― Vladimir Nabokov, Lolita

“You see, she had absolutely nowhere else to go.” (Fuck!)― Vladimir Nabokov, Lolita

“I hope you will love your baby. I hope it will be a boy. That husband of yours, I hope, will always treat you well, because otherwise my specter shall come out of him, like black smoke, like a demented giant, and pull him apart nerve by nerve. ...I am thinking of aurochs and angels, the secret of durable pigments, prophetic sonnets, the refuge of art. And this is the only immortality you and I may share, my Lolita.” ― Vladimir Nabokov, Lolita

“Lolita, light of my life, fire of my loins. My sin, my soul. Lo-lee-ta: the tip of the tongue taking a trip of three steps down the palate to tap, at three, on the teeth. Lo. Lee. Ta. She was Lo, plain Lo, in the morning, standing four feet ten in one sock. She was Lola in slacks. She was Dolly at school. She was Dolores on the dotted line. But in my arms she was always Lolita. Did she have a precursor? She did, indeed she did. In point of fact, there might have been no Lolita at all had I not loved, one summer, an initial girl-child. In a princedom by the sea. Oh when? About as many years before Lolita was born as my age was that summer. You can always count on a murderer for a fancy prose style. Ladies and gentlemen of the jury, exhibit number one is what the seraphs, the misinformed, simple, noble-winged seraphs, envied. Look at this tangle of thorns.” ― Vladimir Nabokov, Lolita


Posted by Marvelous at 4:14 AM No comments: 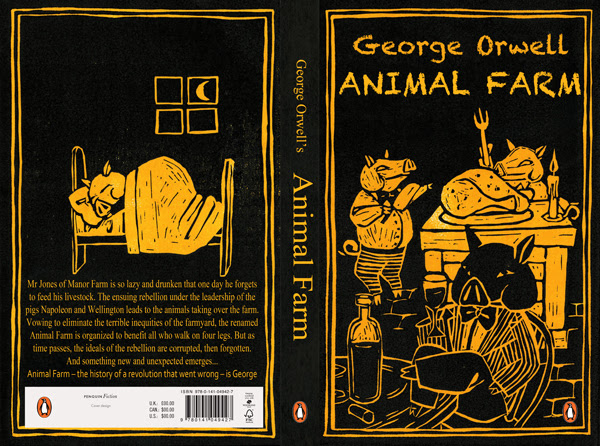 My first discussion will be about Animal Farm by George Orwell.
the story takes a place in a farm, it is about a group of animal who are raged and furious by their owner attitude towards them, they claim that they are oppressed by him and they want to take revenge against him. after they kicked jones (the owner) out of the farm, the animal specifically the pigs set bunch of rules to maintain the farm.
the first chapters shows how much they are enjoying their freedom, but then a corruption appears because some animals think that they have the right to rule the farm.
the story has satirical look of the Russian revolution during that time.
Why i liked the book?
George Orwell had an amazing and clever way of delivering  a message, even now we can see rulers and leaders behave like the pigs, i related the story to what happened in Egypt when they were ruled by Hosni Mubarak.
my favorite character is Boxer, i sympathized with him from the beginning of the story, even though he is clueless but at the same time brave, he delivered an important message, which is; to never lose hope! 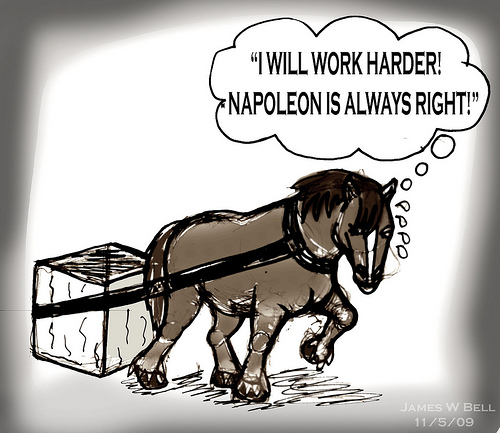 Posted by Marvelous at 1:55 AM No comments:

My birthday was on April, for 3 years i was dreaming of having a macbook laptop, i never had the audacity to ask my father for the money because it costs a lot and i used to have an hp laptop so i had no reason for buying a new one, on 2014 i decided to buy one with my own money so i started collecting it from scratch, i didn't go to the mall for like two months so i don't get a chance to waist it on stupid items. It took me 6 months to complete the price and i thought it would be a great idea to buy it on my birthday, so it was like i rewarded myself lol! i loved the feeling of buying yourself something really valuable.
Posted by Marvelous at 7:04 AM No comments:

I'm just an ordinary person, i love ordinary things such as, books and arts.
Even though i am an ordinary girl i feel like i don't belong to my culture and society, i love simplicity and calmness and these two are not my culture qualities.
Books
Books are part of my childhood, i remember how much i used to admire the school's library and i can still see the pictures of the covers in my head, i began with short stories that consists of less than 10 pages, when i became 14 i read comics until i was 19 and now in my twines i read all types of fictions, i love reading everything but my tops are  YA, classics, biography and poetry.
I love books that make me conflicted and go crazy.

why did i made this blog?
sometimes i feel like i want to talk through writing, and i want my own space where i can say whatever i want and this is the main purpose of creating this blog.

Posted by Marvelous at 6:32 AM No comments: